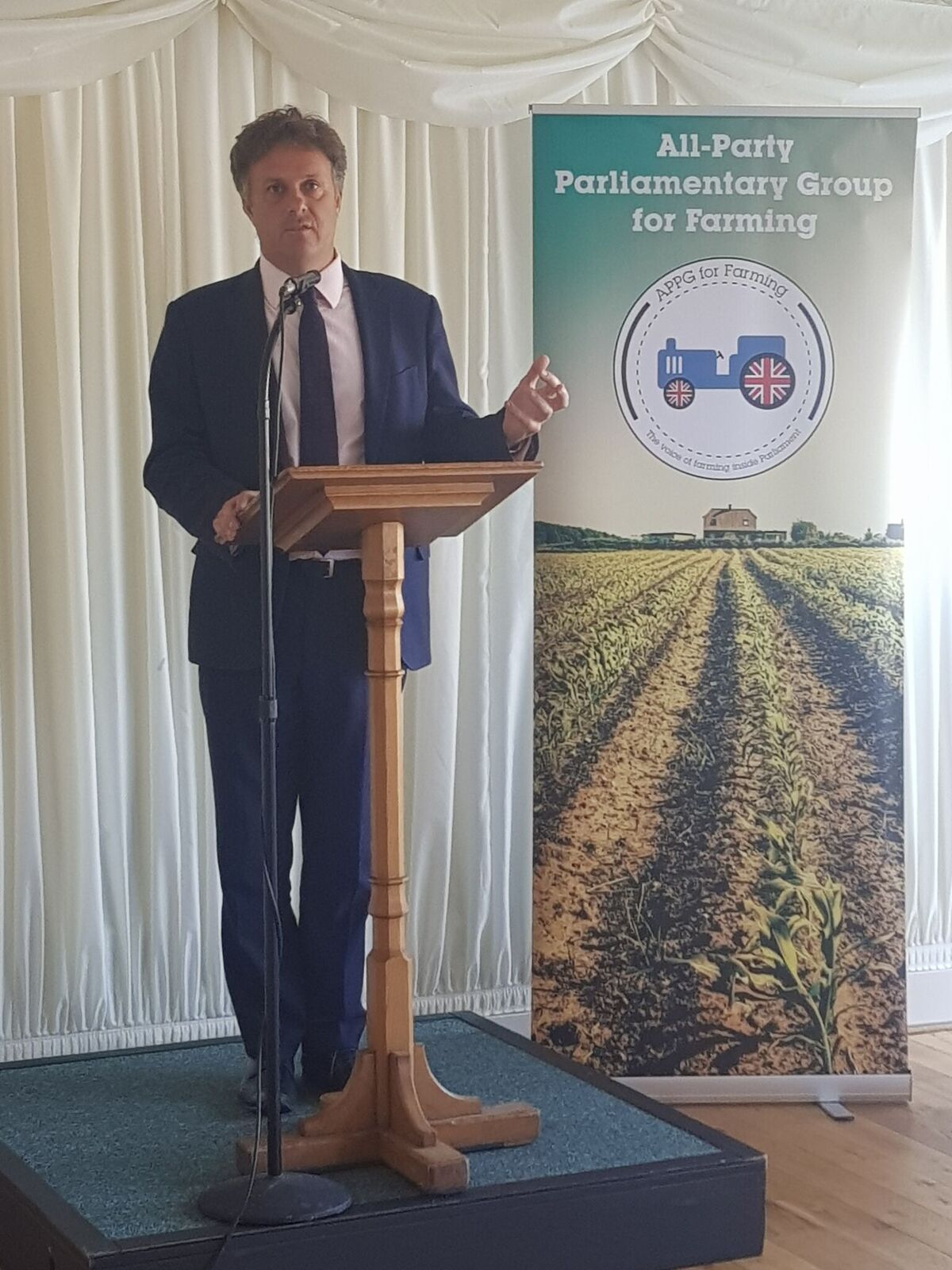 The All Party Parliamentary Group (APPG) for Farming officially announced it will be launching an inquiry on how farmers can contribute to the public good while continuing to ensure profitability in food production, at its Summer Reception in Parliament on Monday 25th June.

The Reception, hosted by APPG Chair Julian Sturdy MP, presented a valuable opportunity for APPG members to discuss key issues facing the sector, such as the importance of protecting UK agriculture, particularly after Brexit; maintaining high standards of food production in the UK; and giving the whole industry a strong voice in Parliament.

The inquiry will be undertaken in the autumn, in concert with scrutiny of the Agriculture Bill, so giving the APPG members the opportunity to feed directly into future UK farming policy.

Mr Sturdy added that, going forward, the industry must be conscious about future trade deals, and stressed that different farming sectors must stick together in order for the industry to thrive.

“The Farming APPG has already planned a formal inquiry to develop ideas for farming in a post-Brexit era. This will be conducted as the Agriculture Bill progresses through Parliament, providing members with opportunities to influence policy with evidence-based and properly tested responses to the debate about the balance between protecting the environment and producing quality food. This is a fantastic opportunity to ensure the challenges facing our industry are addressed.”

Find out more or adjust your settings.

This website uses cookies so that we can provide you with the best user experience possible. Cookie information is stored in your browser and performs functions such as recognising you when you return to our website and helping our team to understand which sections of the website you find most interesting and useful.

Strictly Necessary Cookie should be enabled at all times so that we can save your preferences for cookie settings.

If you disable this cookie, we will not be able to save your preferences. This means that every time you visit this website you will need to enable or disable cookies again.